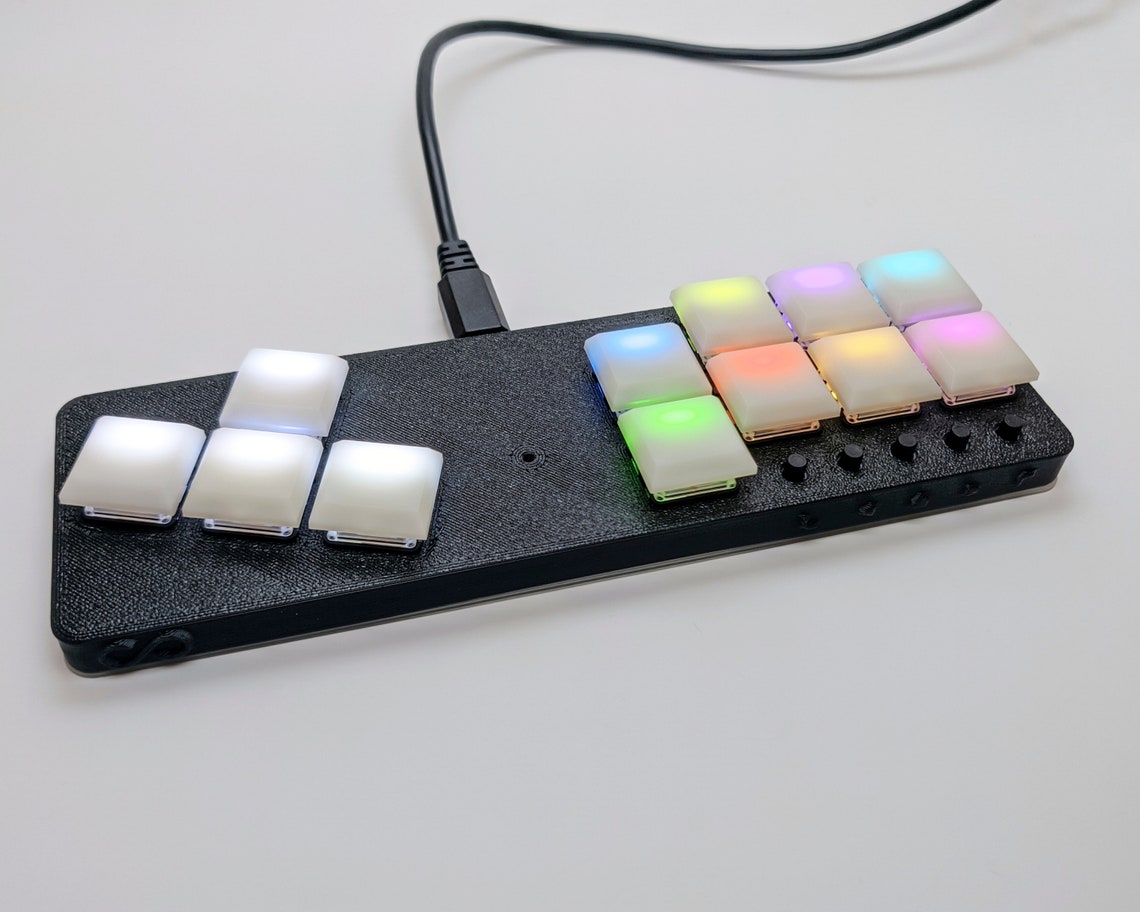 Have you ever been frustrated with fightsticks? Do you want something to use on your desk that isn’t a massive box you have to put away somewhere when you’re not using it? Do you prefer the natural spacing of a keyboard over the finger-stretching traditional arcade buttons? Maybe you want something that you can easily use on-the-go. The Fightboard aims to solve all of those problems. 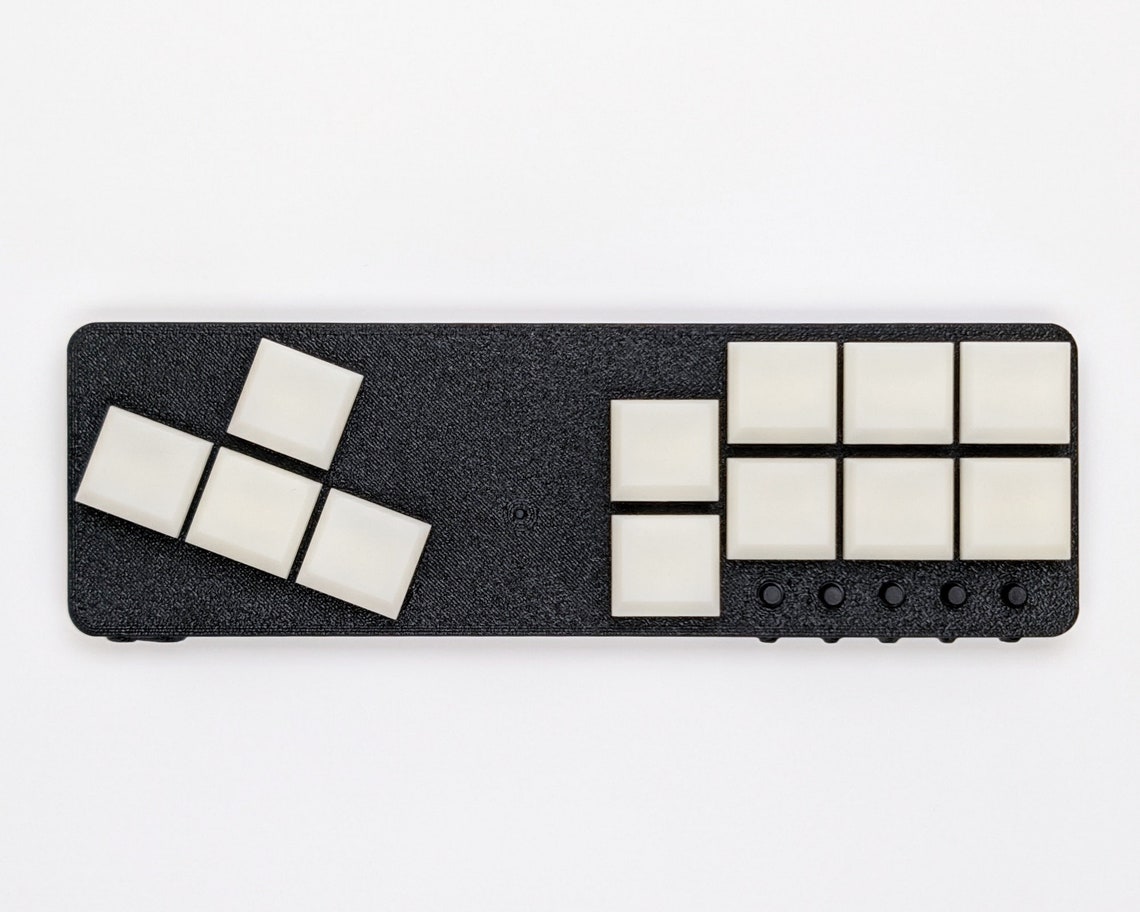 The Fightboard uses a combination of an arrow/wasd cluster at a 20% angle and action buttons following the traditional arcade stick layout but with the spacing of keyboard keys. 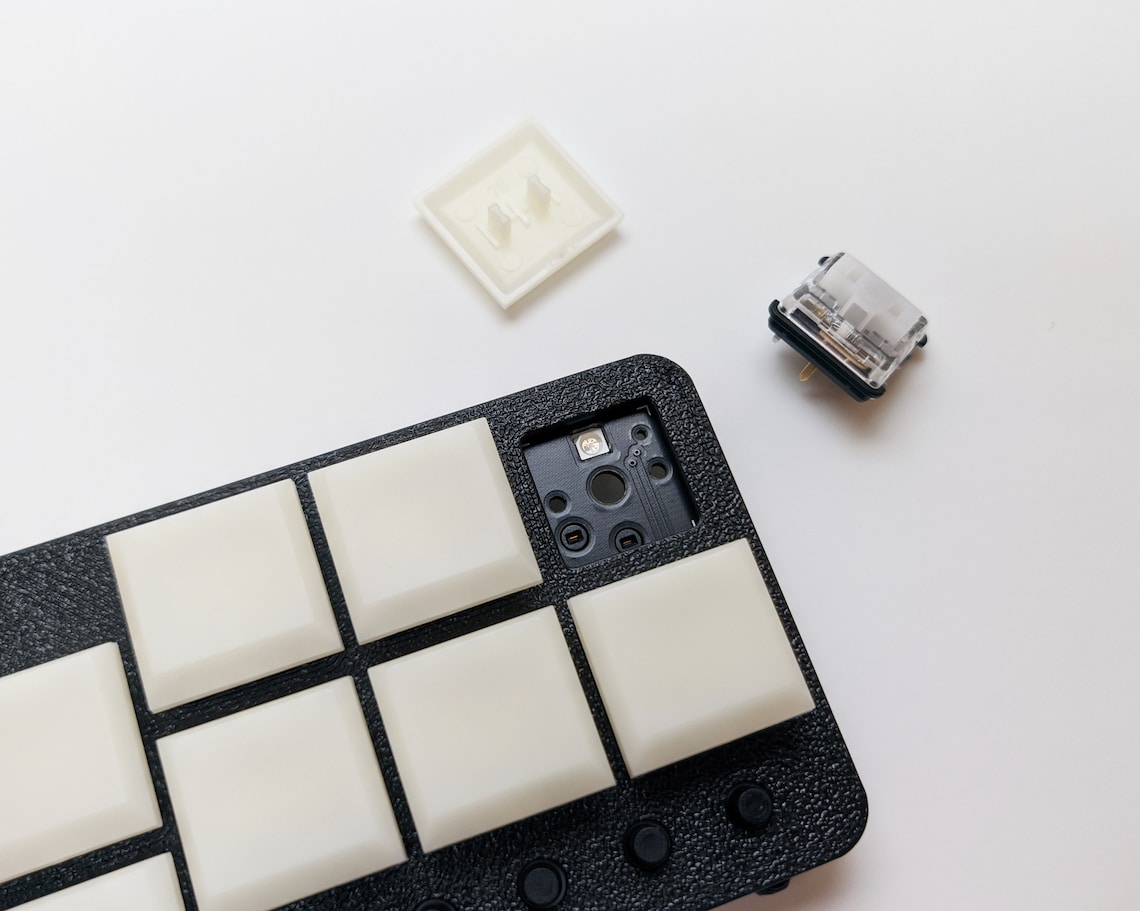 Unhappy with your switch coice? Want different zones with different types of switches? All you have to do is pull them out and swap them with whatever you prefer, no soldering required.

The RGB LEDs indicate the function of each button. The default profile uses Xbox colors for the 4 face buttons, but these can be changed to suit your preferences or the colors used in-game. The LED for each key turns off when the key is pressed and fades back on when released.

The LEDs will turn off after a minute of inactivity. Pressing any button will turn them back on.

Settings are all built into the keypad and allow you to remap keys on-the-fly.

Left+Right will cancel each other out and Up+Down will function as Up.

There are two different versions of the LP for two different types of switches. The Fightboard MX uses Cherry MX compatible switches which gives it the advantage of broader compatibility since there are more MX switches and keycaps on the market. The Fightboard LP uses Kailh Choc switches, which allows it to be lower profile for improved ergonomics. There is still a selection available for Kailh Choc switches, so you can choose between clicky, tactile, and linear, but Kailh is the only company making these switches.

There is also an alternative firmware written by Jason Skuby/FeralAI that brings native compatiblity with the Nintendo switch, but is missing features like remapping and custom LED colors. Since the V2 uses different LEDs, I’ve made a fork of the code specific to the V2, but any feature requests or bug reports should be made to the original author’s github.